Berrak received education in Istanbul University, State Conservatory, Department of Musical Singing. She took stage in the Sienna Jazz Festival in 2004 and between 2006-2010, she acted as a solo singer in the  Ladies & Gentlemen musical group and the Enbe Orchestra. On the stage, she accompanies names like Sezen Aksu, Ajda Pekkan, Ferhat Göçer, Özcan Deniz, Alessandro Safina and Al Bano. During the Miller Music Factory contest she participated in 2011, she was took the 1st reward and the jury special reward with the song named “Stronger” that she composed and vocalized; and during the same year, she participated in the music camp organized in Chicago. She performed as the back vocalist for Işın Karaca, Zülfü Livaneli, Erol Büyükburç, Nükhet Duru, Sinan erkoç, Erdal Çelik, Elif Kaya,Buzuki Orhan and Hale Caneroğlu. Since 2012, she organizes Tribute Shows for Amy Winehouse and Marilyn Monroe in special organizations. Berrak vocalized the advertisement songs of brands like Doritos, Akbank, Turkcell, YKM with Rahman Altın, who was a Grammy Candidate with the songs in the film titled “The Dream of the Butterfly”, and also vocalized the generic songs of the TV programs namely “İstanbulun Kafası” that began to air in NTV in 2014 and “Buarada Laf Çok” presented by Mesut Yar. In the March of 2015, her first single work named “Yeme Bunları” was published by DMC Müzik. She now continues her works with Nilüfer. 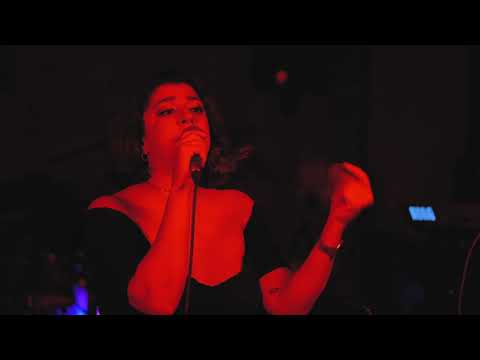